When you want to brew a fresh cup of coffee, the way you decide to brew your coffee is very important. Different brewing methods are used to get different results and some are more versatile than others.

Two of the most popular coffee brewing methods for home baristas are the Chemex and French Press coffee makers. Often, beginners who want to start brewing coffee at home look at these two as their starting point.

But before making a decision, it’s important to know the basics of each method, and their advantages and disadvantages.

The main differences, aside from design, is that the Chemex uses a pour-over method with thicker paper filters, whereas the French press is an immersion type brewing method requiring no filter at all.

So let’s dive in and have a look at each coffee maker in more detail.

Chemex vs French Press: The Basics 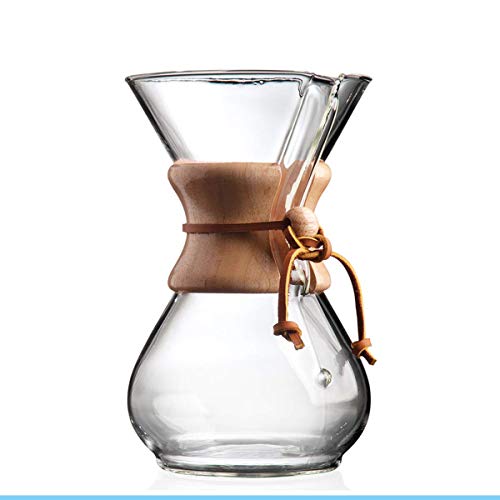 The Chemex coffee maker is a pour-over brewing system that was originally invented by an American chemist. The design of the Chemex makes it look both sophisticated and simple – a design which has now become iconic in the coffee world.

The Chemex not only operates differently from these brewing methods, the coffee tastes distinctly different too. Let’s have a look at how Chemex coffee makers work.

The Chemex uses an infusion method of brewing, however, unlike similar methods like drip coffee, it uses a pour-over system. Although both use a filter to operate, the Chemex requires specialized filters which are thicker since they need to withstand more hot water.

To use a Chemex coffee maker, simply:

Coffee made with a Chemex is richer and bolder in flavor. The pour-over method allows for a thorough extraction process without any sediment. This also allows you to keep all the natural flavors and aromas of the coffee unlike drip coffee where some of it is lost.

This has made Chemex a very popular choice amongst pour-over and drips coffee lovers. While mastering its use requires some tweaking, but with a little practice, you will have a great cup of coffee in a few minutes. 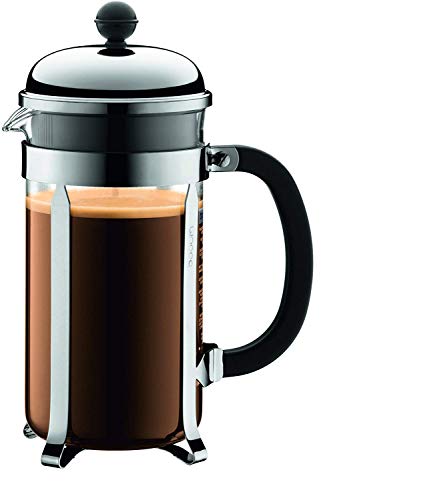 The French Press is a simple, yet extremely functional coffee maker. French presses use a filtration and steeping process to brew coffee without needing a filter.

This filterless brewing process allows for a much cleaner and complete extraction of the coffee  – keeping all the best parts of the coffee beans and leaving the grounds behind.

The simplicity of the whole brewing process is what makes the French press so popular in households as it can be used by virtually anyone.

The Chemex coffee maker is a pour-over brewing system that was originally invented by an American chemist. The design of the Chemex makes it look both sophisticated and simple – a design which has now become iconic in the coffee world.

Coffee brewed with a Chemex is often much “cleaner”, lacking any bitterness and acidity. This makes the Chemex ideal for lovers of light roast coffees or those who don’t like too much acidity in their coffee.

Unlike drip coffee, with a Chemex you can easily batch brew since it holds sufficient liquid. It’s also really easy to clean since the coffee grounds remain in the paper filter, allowing for easy discarding.

Despite its numerous advantages, there’s some areas which we feel the Chemex is lacking in. For one, it may be harder to clean for people with larger hands since the gap between the top and bottom chambers is small.

However, this can easily be solved by using a bottle brush. Chemex coffee makers are also more expensive than French (depending on the model).

The biggest disadvantage with a Chemex though is that the pouring technique can be hard to master for beginners.

There are a number of advantages to using a French press coffee maker over a Chemex. The main one being not needing to purchase specialized filters, or any at all really.

The lack of filters also makes the French press more environmentally friendly since the coffee grounds can be simply discarded after use.

If you’re on a budget, French presses are also cheaper than Chemexes, although this largely depends on the manufacturer and model.

With that said, French presses also do have their downsides. The fine steel mesh filter does allow for oils and fine particles to pass through.

Some cheaper models also don’t filter the coffee properly, leaving coffee grounds in your brew (this isn’t an issue with higher-priced, premium models).

Another disadvantage is that sometimes coffee grounds get stuck to the mesh filter, which can be a hassle to clean. For filtering coffee grounds, the Chemex does a much better job since the paper filters are heavier and coffee grounds can’t pass through.

The main disadvantage however is that coffee made with a French press can be slightly more bitter, particularly if you let the brew steep too long.

While the resulting brew may be stronger, it doesn’t have that clean taste synonymous with coffee made with a Chemex.

Chemex vs French Press: Which One Is Better?

The Chemex and French Press are both fantastic ways to brew coffees. With that said, one isn’t necessarily better than the other. The decision largely depends on which type of coffee drinker you are.

The Chemex is more suited for those who are familiar with pour over coffees since it requires mastery of the pouring technique. The Chemex is also ideal for those who like cleaner coffees, in particular light roasts. The paper filter does a good job of just letting the essential flavors and aromas drip through, leaving only the coffee grounds behind.

On the other hand, French presses are incredibly versatile and easy to use – virtually anyone can brew a good cup on day 1. The coffee from a French press is also much richer and is better suited for those who like stronger, bolder coffees.

Ultimately, both have their own advantages and disadvantages and which one you chose depends on your skill, coffee taste, and experiences.

Which coffee maker is your favorite? The Chemex or French Press?